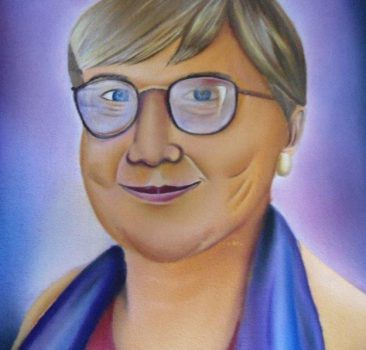 Marilee remembers the initial conversations between her and the Isis-WICCE cofounders in 1974 Rome.

“In our kitchens, as we stirred our pots of soup and stews, Jane, Judy and I brewed our ideas. Other women dropped by to add ingredients. Some sent us spices from far away. A little salt here, a new spice there all simmered away so that in a few weeks time we were ready to share our recipe with the world.” Among the “ingredients” that went into the concept were:

“From this first small group, an informal network grew up: more and more women sent in stories and resource materials and wrote about how women were organising. We added their names to our growing list, the materials to the piles of paper on the floor in one corner of the living room” Marilee adds. The heart of a resource centre began to grow.

Isis’ first publication contained a selection of testimonies and reports from the Tribunal. It came out in record time, at the end of March 1976, produced by a group of women in Rome in English, French, Spanish and Italian in 3,000 copies.

“And then it happened: women from all over started responding, sending in their publications, handouts, leaflets, posters; and asking for resource materials,” Marilee recounts.

The second issue examined the image of women in the media. The third reported on women in liberation struggles, battered women, feminism and socialism. The 1978 bulletin looked at reproductive rights and alternative medicine, women in Southern Africa, and women and work. Long before women and food security issues were seriously addressed by either the United Nations or NGOs, Isis published a bulletin on women, land and food production. Then followed the issues focusing on rape and sex tourism, and migrant women. In the early 1980s, Isis bulletins covered issues on women and the media, militarisation, peace, sexuality and motherhood, women in liberation struggles, women and new technology.

Isis coordinated the International Feminist Network which had been established at the Brussels Tribunal. Representatives in different countries sent in appeals for solidarity which Isis then transmitted to its networks for action. Isis continued this activity until well into the 1980s when many new groups began carrying out similar efforts in different fields of women’s rights.