The Women, Peace and Security Update; No.21 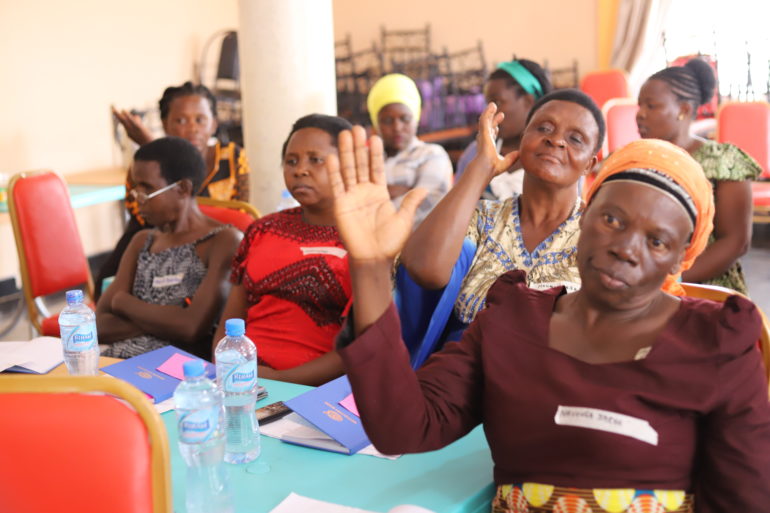 The Women, Peace and Security Update; No.21

Welcome to Women’s International Peace Centre’s links roundup, where we share news, op-eds, and other stories that we’re talking about in Women, Peace and Security

The Institute for Peace and Conflict Resolution (IPCR) has sensitized over 600 women and youths on peacebuilding initiative in Daura Maia’dua and Sandamu Local Government Areas of Katsina state.

Hundreds of women professionals under the Women’s Advocates Research and Documentation Centre (WARDC) yesterday met in Abuja, the Nigerian capital, vowed to mobilise against corruption in all spheres of the country’s economy.

Committee on Teaching About the UN with the co-sponsorship of the Permanent Mission of the Republic of Korea to the UN, has dedicated its conference will convene on February 28, 2020, under the theme “War no more”

Noteworthy is the fact that post-independence Africa has been characterized by a myriad of armed conflicts, though in recent times, they have reduced in number. Can Africa achieve, sustain peace and security.

The National Human Rights Commission, NHRC has said the inability of the citizens especially the vulnerable to challenge abuse of their fundamental human rights had emboldened security agents in the act.

What does the new Australia-ASEAN Informal Defense Ministers meeting mean for the future of security ties?- A closer look at the importance of a recent development amid wider trends

The Women, Peace, and Security Index Assesses Countries Based on Women’s Well-Being & Empowerment.

The UAE recently hosted a group of nine female ambassadors to the United Nations as part of the Global Women’s Forum Dubai 2020 and discussed opportunities to leverage multilateralism and bilateral relations to promote gender equality across all sectors of society.

According to analyses by the Mwalimu Nyerere Foundation in the peace and security situation in Africa, there is need to increase women’s influence in peace and security leadership and strengthen the protection of women and children against various forms of violence.

At least 25 diplomats are attending a seminar on the war on terrorism and extremism, which is one of Kenya’s 10-point agenda at the UNSC in its campaign.