The Women, Peace and Security Update; No.38 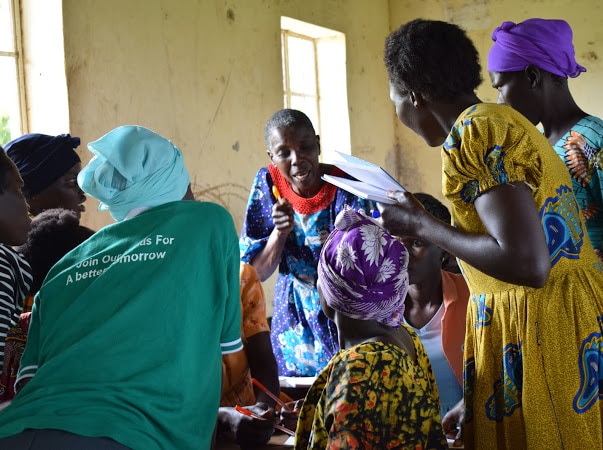 The Women, Peace and Security Update; No.38

The speedy implementation of commitments to Gender Equality and Women Empowerment (GEWE) has yet again been emphasized in a Declaration and Call for Action between the African Union Commission (AUC) and the Civil Society Organizations (CSOs).

Libyan returns, Darfur emergency, and a pared-back pilgrimage: The Cheat Sheet. A weekly read to keep you in the loop on humanitarian issues.

It is time to turn the tables on this blame culture and put it exactly where it belongs — at the feet of the perpetrators and the belief systems and myths that prop up victim blaming.

How to Elevate Rohingya Women’s Voices amid a Crackdown on the Coronavirus. Sanctions were a good first step toward levying consequences for the Burmese military’s egregious actions against the Rohingya, but the United States has still stopped short of recognizing those actions as genocide and crimes against humanity.

Activist Nadia Murad addressed a UN Security Council meeting on women and peace and security, with a focus on sexual violence in conflict. She called on the international community to “fulfill its promise” and do justice for the Yazidis. Murad.

Amid the debate last week over the merits of travelling to Washington for the annual AUSMIN talks and donning face masks during a global pandemic, the defence and foreign ministers of Australia and the United States delivered a direct and persuasive joint statement.

Who should be but isn’t at the peace talks table for the many wars afflicting the daily lives of millions? Women. They do the work on the ground but are cut out of negotiations for peace.

​New research note co-authored by the PRIO Centre for Gender, Peace and Security and the Georgetown Institute for Women, Peace and Security investigates the relationship between women’s wellbeing and risk factors associated with an overwhelming COVID-19 outbreak.

The Albanian organization, Women Center for Development and Culture (WCDC) was part of a meeting between the civil society members of the international network WASL (Women Alliance for Security leadership) and the UN Security Council current and future 18 members.

Chinese President Xi Jinping is urging China to ‘lead the reform of the global governance system’ and to ‘actively participate in the formulation of international rules’. Such statements suggest that we now should be able to gain better insight into Beijing’s vision for the world order.

During an event today (03 Aug) marking the sixth anniversary of the genocidal campaign against the Yazidi minority, Nadia Murad who survived trafficking at the hands of ISIL (Da’esh) called on the Governments in Iraq and Erbil to “search for and rescue those still missing, to resolve issues of the local governments and security in Sinjar, and to invest in the redevelopment of the region.”

The goal of feminist foreign policies — exemplified by Sweden — is to approach every issue through the lens of how they impact women, and to understand the knock-on effects that detrimental circumstances for women have on overall human development, health, economic advancement, and global security.

In Nigeria Nasarawa State, government has domesticated the UN Security Council Resolution 1, 2, 3 and 5 on women, peace and security. Governor Abdullahi Sule said at the occasion that his administration’s objective was in line with the action plan to incorporate women into the security structures of the government.

Community Development for Peace (CDP) started their journey in 2013, with an aim to promote positive thinking and peace through different volunteering communities.  With 430 active volunteers from across the country, CDP strives to develop communities that will contribute positively to the future.

This August marks 75 years since two atomic bombs were dropped on Hiroshima and Nagasaki, causing over 210,000 deaths by the end of 1945. Virtual events in support of peace and nuclear disarmament are being held across Canada for the anniversary of these tragedies.