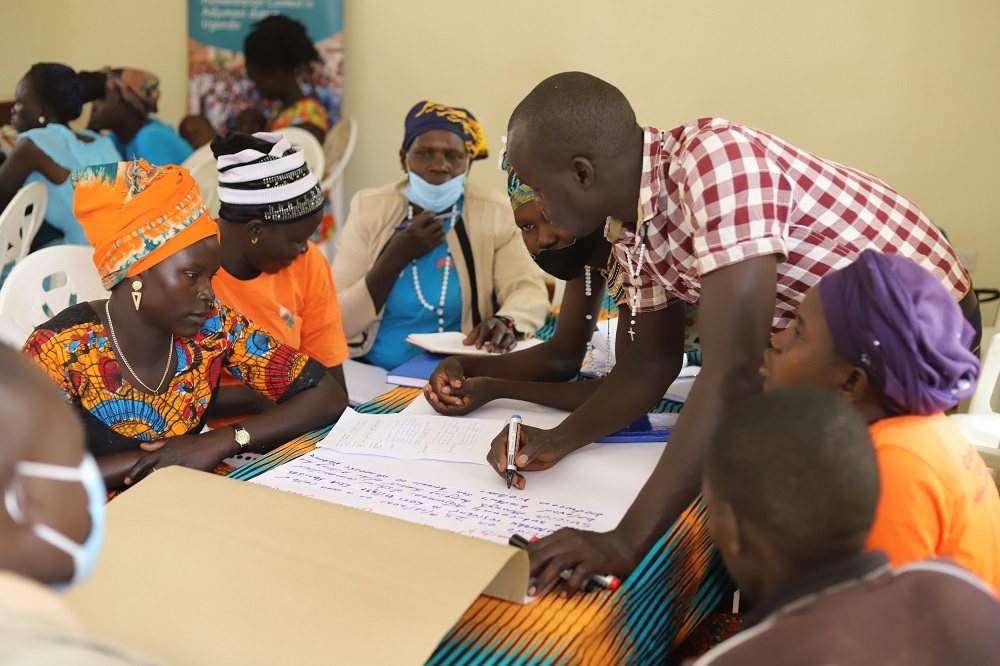 On 24th February, The Peace Centre held a monitoring, mentorship and technical support workshop with 30 Community Activists from the host community of Ciforo Sub County and refugee communities ofAgojo settlement. The purpose of the workshop was to document the actions taken by community activists in preventing and responding to violence against women collectively or individually.

It is evident that the Community Activists have achieved great change at the personal, family and community levels. They reflected on how they have joined their power together, offered support and taken action to prevent and manage conflicts in their communities. As a collective, they intervened in a murder and suicide case that occurred in December 2021, they also worked together with the police to follow up on a theft case of an ox plough, a land conflict in Toloro village on 19th February 2022 between two clans that were eventually addressed by the local court.

Community Activists also noted a reduction in GBV, theft, and alcoholism because of the law put in place on drinking early in the morning with the enforcement of the bylaw. There is also an increase in cases reported and action being taken. Teamwork between the community activists and Community leaders in handling conflicts in the community. Teenage pregnancy has also reduced.

From the refugee community, the Community Activists increased community awareness of Violence Against Women. They conducted case management; 5 on VAW, handled 8 conflicts between neighbours, referred and followed up 3 cases to relevant authorities. . They also addressed conflicts in 5 Village Savings and Loans Association groups for example, a case where some group leaders went into hiding when the time for sharing the proceeds from the savings came. In another group, business cash was given by an organisation but some members did not want to invest it in the business.

Theft and GBV have reduced.  There is peaceful coexistence between the host and refugees.  Host and refugees now come together and share resources. Balanced power between men and women, men have started taking up their responsibility and they are now coming back home. The community activist scaled up awareness on prevention of all forms of violence Against women.

SASA Together methodology has progressively changed the community’s attitude and behaviour towards VAW. The community activists embraced the methodology first at the individual and family level which has also been replicated in the wider community both in Ciforo sub-county and Agojo refugee settlement.