Management of Medical and Psychological Effects of War Trauma 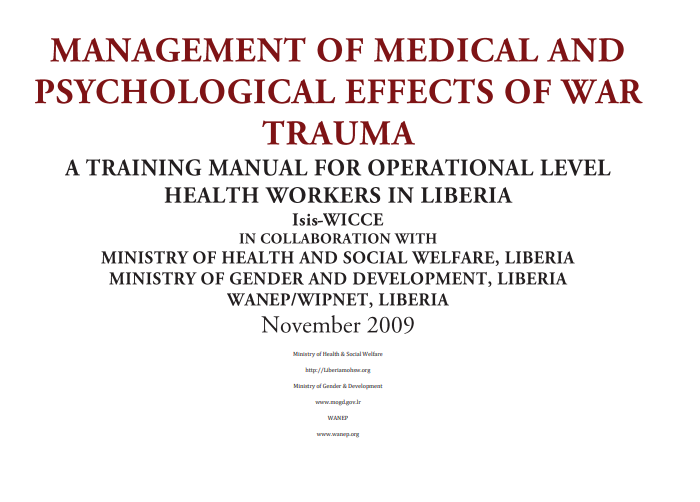 Management of Medical and Psychological Effects of War Trauma

Isis-WICCE, using its action-oriented approach noted the urgent need for the development of a standardized locally adapted training manual for use to train operational level health workers working in areas affected by armed conflict. This manual builds on the experiences of medical interventional work carried out by Isis-WICCE to bridge health gaps in post conflict communities. The prototype of this manual was pre-tested among health workers based in Kitgum district and among psychiatric clinical officers drawn from various war affected districts of Uganda, with their comments and suggestions considered in its revision.

management of medical and psychological effects of war traumaDownload