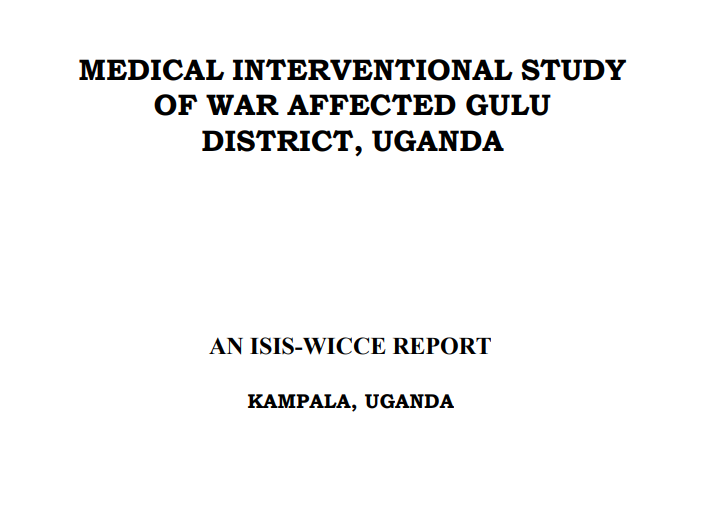 Gulu District in Northern Uganda has been at the center of the Northern Uganda armed conflict that lasted more than 18yrs and saw more than 35,000 children abducted, 2 million people displaced into IDP camps and thousands killed. In July 2001 when the war was still ongoing, Isis-WICCE working with the medical professional team in Uganda undertook a short-term medical intervention in Awer internally displaced people’s camp. The study revealed that the population had suffered significant war traumatization including psychological, physical and sexual torture.