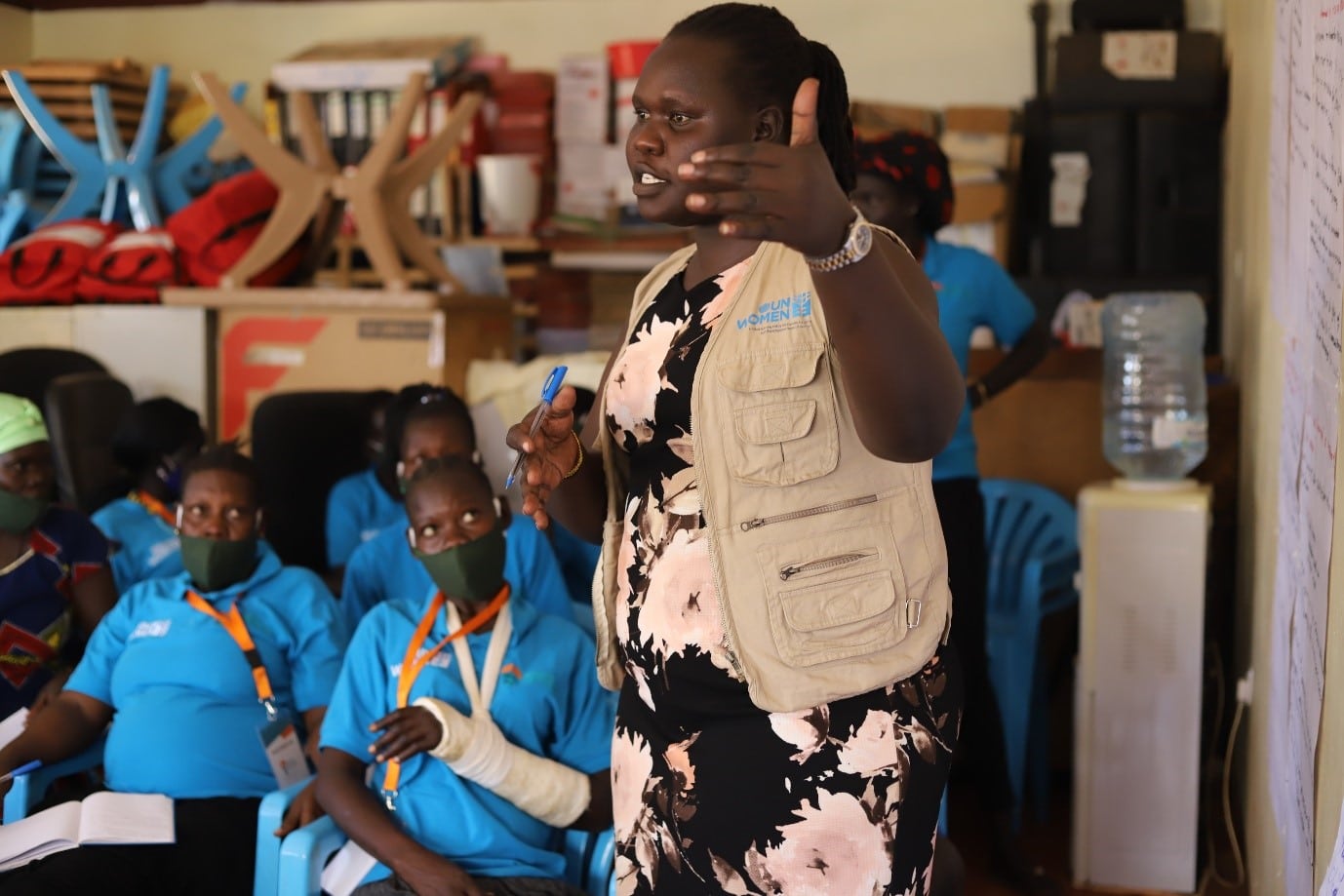 Sexual and Gender Based Violence remains a silent epidemic in many humanitarian settings oftentimes associated with a wide range of physical, sexual and psychological health consequences. Sexual and Gender Based Violence refers to any act that is perpetrated against a person’s will and is based on gender norms and unequal power relationships.The Local Council one leader of Duba Village in Ciforo sub county shared that about 75% of women experience abuse in her community.  Studies have also shown negative impacts of SGBV on the social and economic well-being of survivors. These outcomes are particularly exacerbated in humanitarian settings given that crisis-affected populations are more vulnerable to SGBV.

Based on reports like this, the Peace Centre conducted four community dialogues to discuss the root cause, impact, prevention and response to Violence Against Women using the SASA Together  and Sexual and Gender Based Violence (SGBV) Standard Operating Procedures. The procedures shared expectations for handling cases like case management, referrals and the ideal way people are supposed to act/ respond in handling sexual and gender based violence. Cases. The conversations were carried out in a host communities in Ciforo Sub County  and Agojo Refugee settlement in Northern Uganda on 16th and 17th February 2021

The dialogues gathered 178 community leaders from cultural, political and religious institutions (77 men and 101 women)to influence their attitudes on SGBV.

Community leaders share that they identified, settled and referred to a lot of conflict incidences in their communities but they lack the materials and skills in documenting the cases. The fact that the violence continues to happen in the community because the community and its leaders have accepted it enabled the local leaders to acknowledge their role in promoting peace in the communities they lead.

Violence against women continues to happen because of the unbalanced power relationship which is deeply rooted in culture as well as the patriarchal nature of our society. Violence in the communities also increases as a result of alcoholism, poverty, women accessing family planning without spousal consent, reduction in food ration to the refugees, sharing resources like land, food among others are  contributing to this.

The community dialogues provided an opportunity for community leaders to discuss key women peace and security issues and violence against women and learn the standard operating procedures for dealing with the cases.

SASA Together Refresher Training of Trainers for Peace Centre Staff.

The Peace Centre with funding support from Women Peace and Humanitarian Fund / Spotlight with technical support from UN Women is implementing a project Leading Voices: Strengthening Capacities for Gender Based Violence Prevention and Peace Building in Humanitarian Context in Adjumani district – Uganda. A project that intends to strengthen the leadership capacity and influence of local women leaders and women groups across refugee settlement and host community at Sub County level in Adjumani district to work together to address Violence Against Women, Women’s specific Peace and Security concerns as well as effectively influence peace building and decision making processes to advance gender equality in humanitarian setting using SASA Together methodology.

To equip the staff with knowledge and skills on SASA Together model, The Peace Centre conducted a 4 days’ refresher training of trainers for 18 staff members from 3rd to 6th August. The training enhanced the capacity of staff to implement the project using SASA Together methodology. Staff were able to identify key strategies and stakeholders to engage during the implementation, action plan to roll out the project was developed, staff gained learnt to integrate sustainability, learning and assessment right from the project start.  The SASA Model has been modernized into a new model called SASA! Together a community mobilization approach to prevent Violence Against Women (VAW). SASA! means “NOW”, and it emphasizes the need for urgent action towards VAW whereas Together maintains that change is possible through collaborative effort.