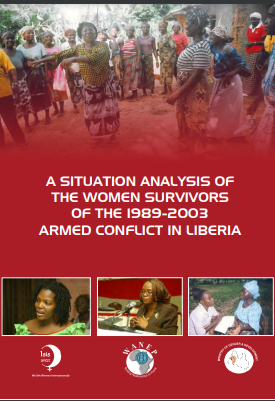 The report highlights experiences and challenges women and men encountered during the armed conflict in Liberia in the counties of Maryland, Bong, Lofa and Grand Kru. It also highlights the conduct of the warring groups during the conflict.

The 1993-2003 armed conflict in Liberia and the sexual and Gender based violence that emanated had devastating effects not only on individuals but also communities. The war destroyed social service provision and delivery, social networks and kinship systems. The report also reveals that torture and violence were not only committed by armed groups especially on women and girls but were also systematically used by police and prison officers, who were expected to be “custodians of peace.” It also presents the conduct of the warring groups as experienced by survivors; clearly detailing high levels of sexual violence.