Community Based Peace Advocates and Mediators in Juba, Yei, Bor and Mundri Trained on Conflict Prevention And Resolution

Homepage•Blog•Latest News•Community Based Peace Advocates and Mediators in Juba, Yei, Bor and Mundri Trained on Conflict Prevention And Resolution 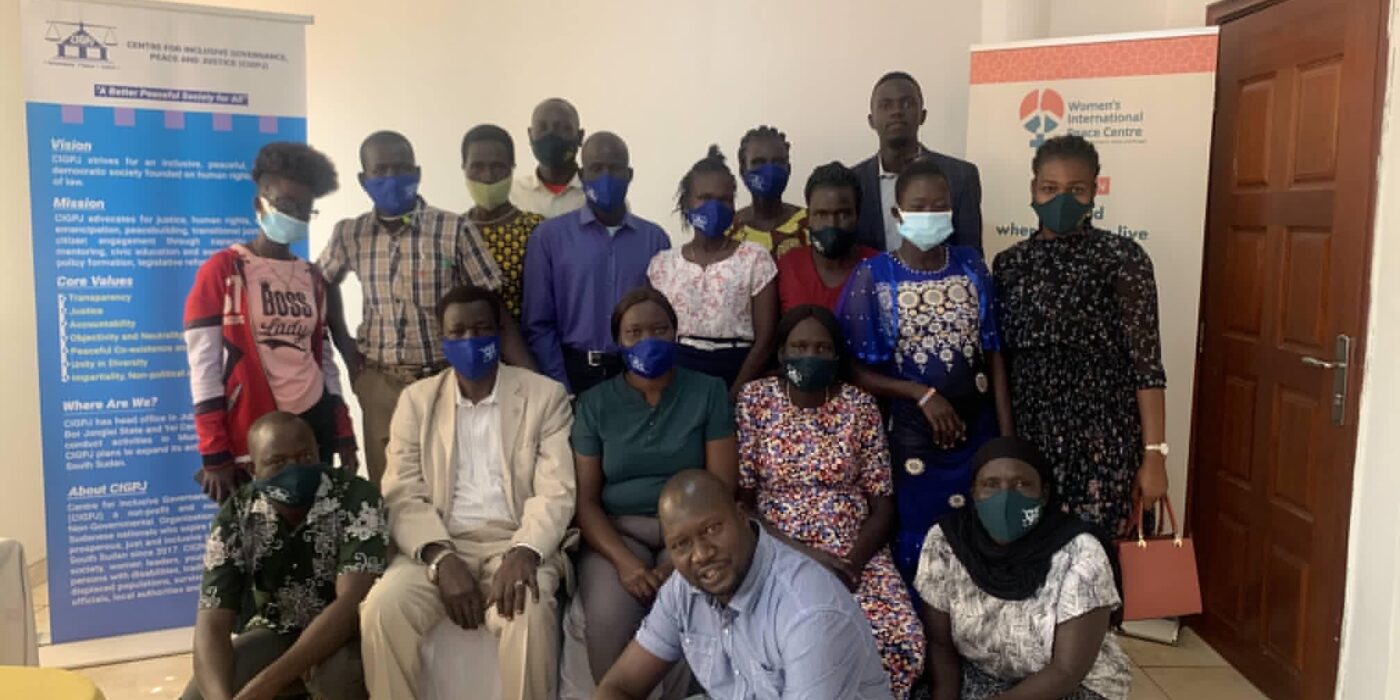 The Peace Centre in partnership with the Centre for Inclusive Governance (CIGPJ), Peace and Justice conducted a three days training from 8th-10th September for  women and men in Mundri, Yei, Bor and Juba. The training was conducted to better prepare and equip community-based peace mediators with relevant skills and techniques, to localize conflict resolution skills within the community, to increase knowledge of why integrating a gender perspective is important and how it can strengthen peacebuilding and state building processes.

Community based dispute resolution (outside the court system) is deeply embedded in South Sudanese culture with local or customary conflict resolution practices are for obvious reasons the preferred route for most people to deal with disputes. Despite the compelling reasons for seeking alternative conflict resolution mechanisms, many South Sudanese people who are approached to mediate formal disputes have had no formal training. In this training, the participants acquired the necessary techniques and skills needed to carry out community-based peace mediation. These participants included; women and youth leaders, Teachers, Police Community Liaison Officer, were taken on a number of topics such as the meaning of peace, conflict, conflict transformation, gender and conflict, Mediation and Negotiation.

The training also tackled areas of gender and nation building, conflict gender and children, the role of women in conflict, etc. It covered the most important areas in peace building and conflict resolution including tackling areas of women peace and security. The training was facilitated by well skilled and competent staff of CIGPJ.  All the local languages and English, including the local Arabic were used to pass the message to the participants.

“We have a lot of conflict in our community in Bor. This training has given me skills on how I will support my community to live peaceful. This training is timely and it is very critical in our lives. Thank you to CIGPJ and The Peace Centre for strengthening us with these skills”- Phoebe Anyiel from Bor

The participants attained knowledge on peacebuilding, they also got to understand why integrating a gender perspective is important and how it strengthens peacebuilding and state-building processes. Participants also developed their action plans for immediate execution with support from CIGPJ and the WIPC. They will be conducting a community dialogue in each of the locations before the end of the month of September 2021.From this discussion participants took away the importance of integrating the gender perspective in the peacebuilding and state-building processes.in order to attain lasting and sustainable peace in South Sudan.

Peacebuilding is a long-term investment by all relevant actors requires political will on the side of the government, and the capacity among leaders and citizens to resolve conflicts without resorting to violence, but rather use peaceful dispute resolution styles.