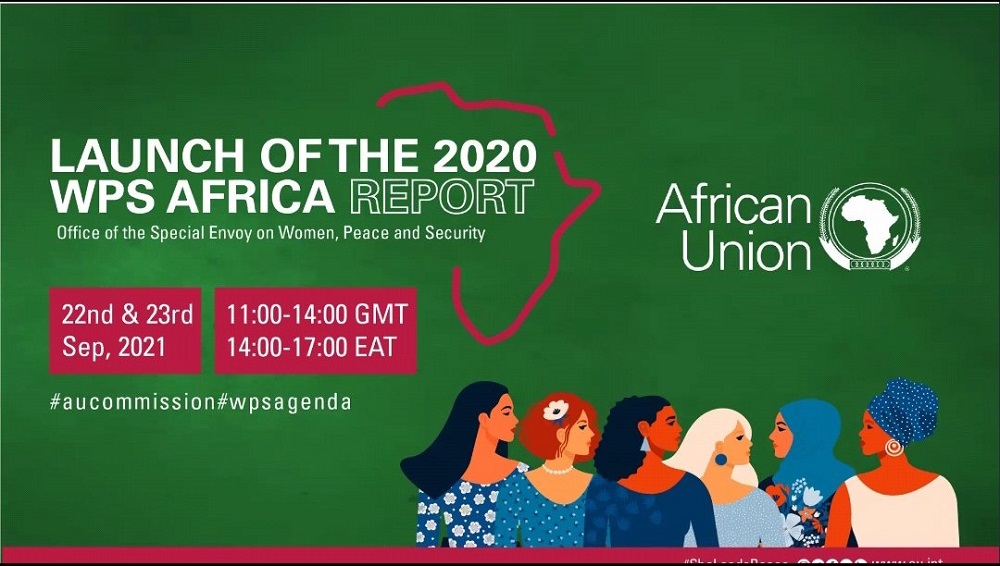 The Peace Centre joined the launch and dissemination of the 2020 report of the Chairperson of the African Union Commission on the implementation of the Women Peace and Security Agenda in Africa. This was hosted virtually by the Office of the Special Envoy for Women, Peace, and Security and attended by the Member States and other stakeholders on 22nd and 23rd September 2021. This is the second report based on the progress reports from regional economic communities and member states, developed using the Continental Results Framework (CRF). The meeting also launched the process of writing the 2021 Presidency Report on Women, Peace and Security. The two-day launch, which was a follow-up to the December 2019 meeting in Dakar, Senegal, was attended by high-level representatives from the Member States, regional economic communities/mechanisms; the United Nations, civil society organizations, centres of excellence, and gender networks.

In October 2020, we celebrated the twentieth anniversary of the landmark UNSCR 1325 on women peace and security, the founding resolution of the progressive normative agenda on WPS. In 20 years since UNSCR1325 was passed, significant efforts towards its implementation have been made including the adoption of national and regional level strategies, policies, laws, institutions, and action plans. In Africa for instance, as of December 2020, thirty (30) countries had adopted a National Action Plan (NAP), making Africa the continent that is leading in the globe with 54.5 percentage of NAPs. In addition, six (6) Regional Economic Communities/Regional Mechanisms have also adopted Regional Action Plans, these include IGAD, ECOWAS, ECCAS, ICGLR, Mano River Union and SADC.

The meeting also included the reporting for 2020/2021 and presentation of the revised CRF reporting guide, a discussion on WPS coordination practices, challenges and opportunities, the role of civil society in advancing the women, peace and security agenda in Africa. The Launch concluded with a closing ceremony moderated by The Peace Centre’s Helen Kezie Nwoha. The closing remarks were presented by Ms Odette Kabaya, UNDP Gender Regional Adviser and Team Leader on GEWE; H.E. Ambassador, Bard Hopland, Norway Ambassador and Permanent Representative to the African Union; H.E. Ambassador Fatima Kyari Mohammed, AU Permanent Observer to the United Nations, New York; Mme Bineta DIOP AUC Special Envoy on Women, Peace and Security. They all lauded the effort towards the launch of the 2020 WPSA Report and the enormous contribution from Member States and partners for their continuous endeavour and advocacy for the advancement of women and peace in society.

A summary of the report was shared, highlighting the results in the four core pillars: