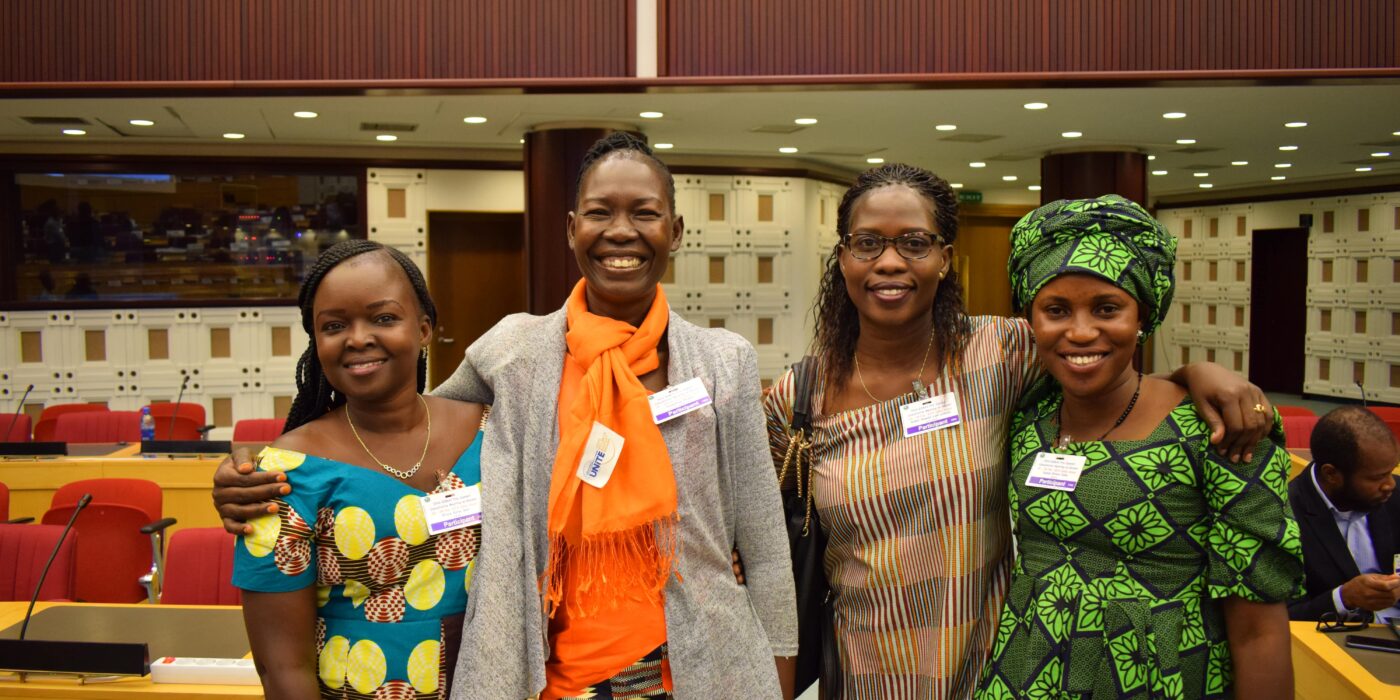 In February, Women’s International Peace Centre  as the Peace and Security thematic lead of the Gender is My Agenda Campaign (GIMAC)  cohosted the 33rd GIMAC Consultative Meeting on Mainstreaming Gender Equality in African which took place on the 3rd to 4th February2019 at the United Nations Economic Commission for Africa (UNECA) in Addis Ababa, Ethiopia under the theme: “Towards Gender Responsive Durable Solutions to Forced Displacement”. The theme was aligned with the African Union (AU) dedication of the year 2019 as the year for “Refugees, Returnees and Internally Displaced Persons in Africa: Towards Durable Solutions to Forced Displacement”.

This year’s theme sought to tackle the issue of forced displacement in Africa which is largely due to conflict, natural disasters, human rights violations or political instability that has resulted in over 12 million internally displaced persons and an estimated 6.2 million refugees and asylum seekers across the continent. Women and girls who are forcibly displaced by conflict, natural disasters, economic reasons or other causes, face specific threats and diverse forms of gender-based discrimination, violence and human rights violations. Their access to legal protection, safety, gender-responsive assistance, a life of dignity and respect for their rights is often further undermined by factors such as age, disability, previous marginalized social position among others.

The 33rd GIMAC brought together over 250 delegates from over 30 countries, including representatives of Diplomatic Missions, African Union and United Nations officials, leading Civil Society Organizations (CSOs) on Gender in Africa and other interested groups in advancing women’s rights in Africa.

Drawing from the two-day discussions, participants recommended an increase in public investment in provisioning of gender-responsive services in IDP settlements, Invest in education technology to refugees, IDPs and returnee children, introduce Comprehensive Sexuality Education in Conflicts, engage men as partners in the fight against SGBV and GBV and also encourage judicial institutions to establish mechanisms that will eliminate and fast track sexual and gender-based violence cases especially the inclusion of forensic technology and post-incident trauma care.

The 34th GIMAC will take place from 29th to 30th June in Niamey, Niger under the theme “1st GIMAC Strategic Engagement with AU, RECs and Partners on the AU Summit Theme of the Year.”