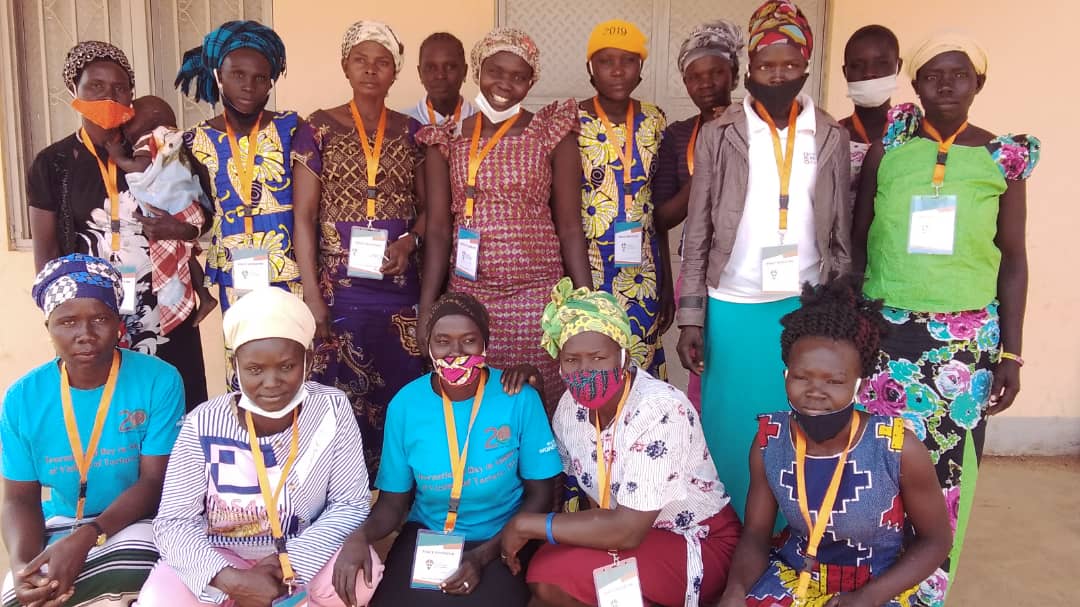 The Peace Centre held a series of meetings with Women Peace Mediators from refugee and host communities meet each month to discuss peace and security concerns they have identified and develop an issues report for action by the respective District Peace Committees in Yumbe, Adjumani and Kotido. This was between 5th and 11th February where the Peace Centre joined 108 women peace mediators as they discussed their experiences, their progress in resolving conflicts, representing women and their priorities which require redress.

The mediators were joined by 90 Conflict Analysts and Conflict Monitors in the three districts who received and reviewed the reports to the District Peace Committees.
The women peace builders discussed key issues likely to cause conflict in the refugees settlements including inadequate land for cultivation since the food ratio has reduced and low water supply during the dry season. The mediators also expressed concern that some water points were not operational, they highlighted insufficient supply insufficient supply of drugs in specific health centers and cases of conflict between the host and refugee communities over resources like firewood and grass especially with stray animals destroying crops. Increased teenage pregnancies since the COVID-19 outbreak remains an important issue to which the peace mediators are seeking immediate solutions.

The meeting is part of wider efforts led by the Peace Centre with support of UN Women to institutionalize gender sensitive conflict early warning and early response system in conflict-affected Adjumani, Yumbe and Kotido districts. This has been carried out as a series of training in mediation and conflict resolution in 2019 and 2020.Women leaders including refugee women and women affected by cross-border conflicts benefited from the initiative. Since then, they have taken lead in peace building within their communities and ensuring that district peace committees address women’s peace and security concerns.