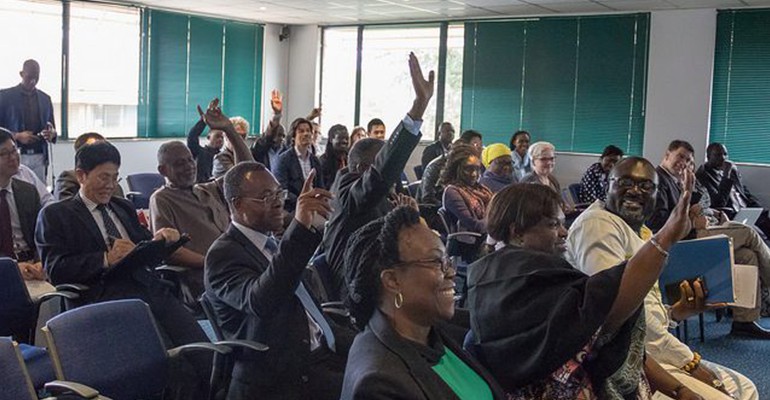 2016 was an eventful year for Africa and for the world, with important implications for U.S.-Africa relations. From continuing democratic consolidation and deepening trade ties in many countries to the shocking electoral defeat and standoff in the Gambia, to South Sudan’s escalating crisis, to the debates over the future of the ICC in Africa, the year was marked by progress, setbacks, and change.

The Wilson Center Africa Program asked experts, scholars, and policymakers to weigh in on the most important and impactful events on the continent in 2016. They responded with this collection of brief and insightful essays touching on issues of governance and democracy, conflict and security, trade, and the role of international partnerships across the African continent.

Isis-WICCE is a member of the Wilson Center Africa Program’s Southern Voices Network and the Executive Director, Helen Kezie-Nwoha contributed a piece on addressing the global challenge of migration and the specific case of Uganda taking in refugees.