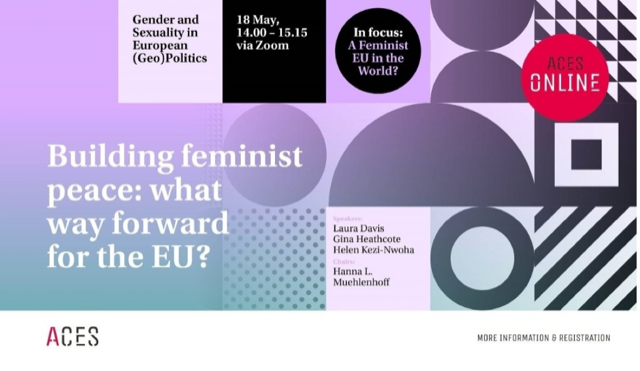 Facebook0Tweet0LinkedIn0Print0
“Feminist Peace entails actions within the peacebuilding spectrum that are transformative and leads to sustainable peace.” Our Executive Director Helen Kezie spoke on what feminist peace means in Amsterdam Centre for European Studies’ debate on the European Union’s contribution to building Feminist Peace. Helen was part of speakers that discussed what feminist peace entails in relation to the Women, Peace and Security agenda, women’s peace activism, and the politics of knowledge production. They also contextualized the EU’s role as peacebuilder and sketch new ways forward.

The speakers included; Laura Davis, Senior Associate for Gender, Peace and Security (GPS) at the European Peacebuilding Liaison Office.  She is also a senior consultant on gender and political economy analysis and transitional justice. She is based in Uganda after a decade working in and on central Africa and the Middle East. In 2013 she published her book “European Union foreign policy, transitional justice and mediation”.

Gina Heathcote, Professor at School of Law at SOAS University of London. She is a feminist scholar working at the Centre for Gender Studies and the School of Law at SOAS. She is the author of “The Law and the Use of Force: A Feminist Analysis” (2013, with Routledge), “Feminist Dialogues on International Law” (2018, with Oxford University Press) and co-editor of “The Law of War and Peace: a Gender Analysis Vol. 1” (2020, with Zed).

Helen Kezi-Nwoha, Executive Director of Women’s International Peace Centre in Uganda. Her research interests focus on women’s peace efforts and women’s participation in peace building and post conflict reconstruction; documenting women and girls’ refugee experiences; and gender and humanitarian response. She is currently researching grassroots women’s peace efforts in South Sudan and gender and post conflict reconstruction in northern Uganda. She is also a member of FEMWISE Africa, Uganda Technical Working Group on the National Action Plan for the implementation of UNSCR1325 and a Board Member of the Women Human Rights Defenders Network, Uganda.

Laura Davis pointed out that One serious failing of the European Union strategy, despite attempts to get explicit references into LGBTQ additional protection. Stating that the LGBTQ is completely absent from the strategy, she shared that the best we could achieve was to have gender identities, and it’s plural included in the language. She added that this puts forth the need to use that language of gender identities and to see to what extent we can push, that it has a much more inclusive, understanding of gender identities and exactly does not do the harm that generalizes women’s experiences. “If we look back at the language in the European Union’s global strategy, the gendered language used is colonial and othering. It reduces women outside the European Union, to being victims & passive recipients of aid or passive recipients of somebody else’s male radicalization.” Laura added

Helen shared about the WPS agenda’s support in interrogating and making linkage between violence, or conflict related sexual violence, and militarism. Helen pointed out the need to question the practice of UN peacekeepers, and how their interventions in conflict situations increases Violence against women. It’s a useful tool because it enables feminist analysis that then allows us to identify the gaps and kind of see how we can walk into the conversation, and call for accountability. She added that while there’s a lot of focus on Sexual and Gender Based Violence in the WPS Agenda however, that leaves out other issues of violence against women including; economic hardship, social hardships, loss of property and reduction of access to food which have an implication on the living aspects of women in conflict.

The debate questioned how feminist visions of peace figure in the European Union’s peacebuilding, How to challenge dominant paradigms and practices of peace and security. And last but not least, discussed what feminist peace entails in relation to the Women, Peace and Security agenda, women’s peace activism, and the politics of knowledge production. They contextualized the European Union’s role as peacebuilder and sketch new ways forward. 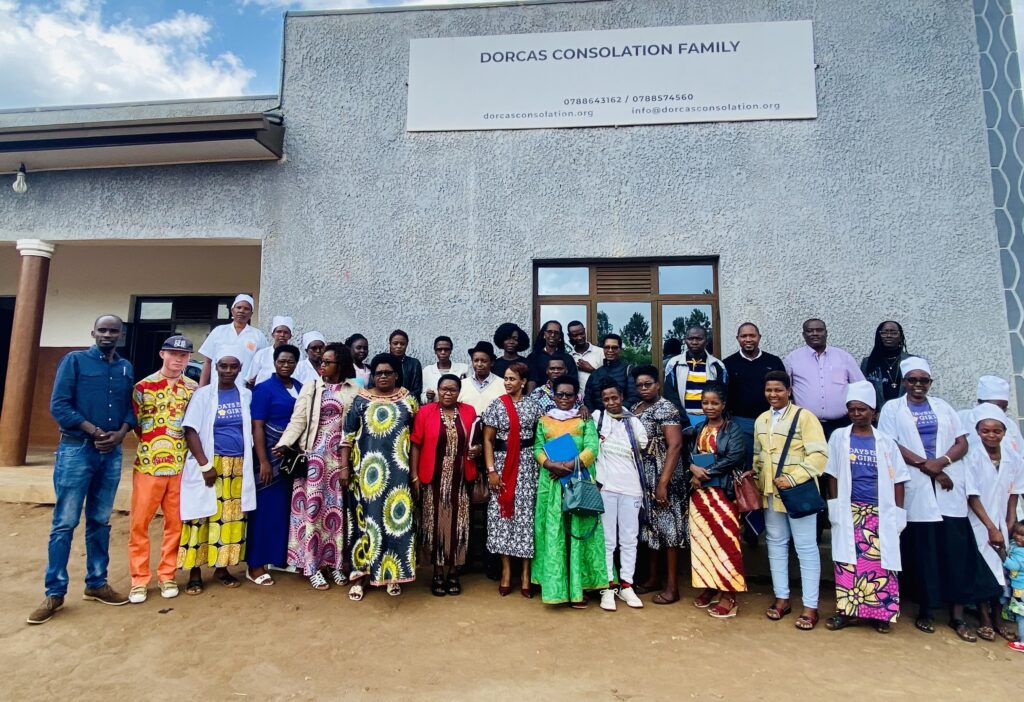