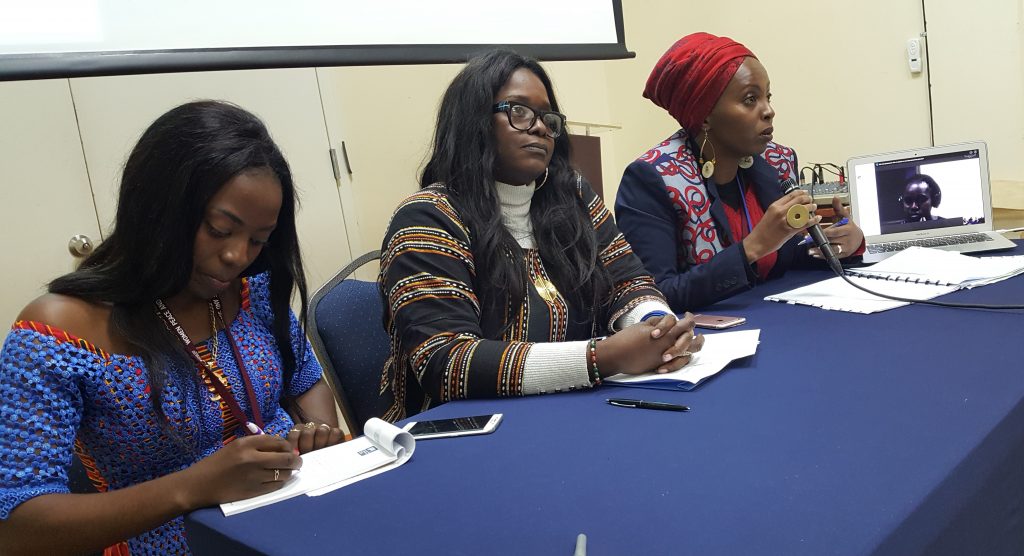 The Women’s was a month full of exciting events with lots to learn from. This year’s 62nd session of the Commission on Status of Women (CSW) focused on the empowerment of women and girls in rural areas from 12th to 23rd of March. Our team had the chance to be part of the gathering in New York City, engaging in discussions to exchange knowledge and also host its own side event on Grassroots Women Leaders Building Peacebuilding.

In partnership with Cordaid Global Fund for Women, and Women’s Major Group we discussed Women’s Peace Building Initiatives; Experiences, Challenges and Opportunities in rural affected settings. Women and girls in rural areas are largely the primary survivors of armed conflict but their voices and representation are often excluded from formal peace processes or decision-making on peace and security.

It is important for development actors to know that women and girls in rural areas have the capacity to articulate what they want. Existing gender inequalities, the absence of women at peace tables, and the nature of peace talks as negotiations between warring parties and formally educated technocrats often translate into the of rural women during and post-conflict processes. This then manifests itself in the shortage of rural women’s voices and the absence of specific policies and actions addressing the needs and specific status of rural women affected by conflict.