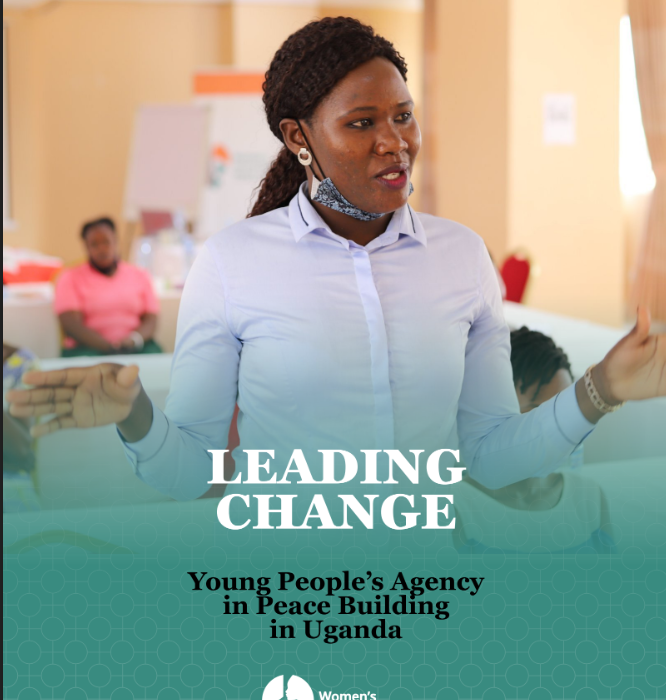 The Peace Centre is running a project Women Reclaiming Agency for Peace building in Uganda aimed at strengthening the knowledge and skills of women and youth to effectively participate in peace building processes.

This report documents the unique experiences, strategies and changes seen
by implementing the project. 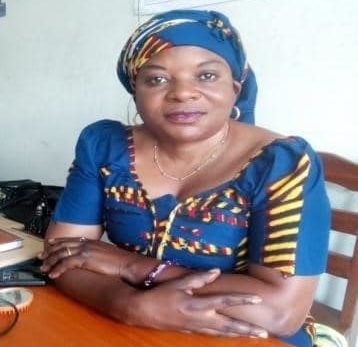 Martine Kaliza Mirindi is an alumna of the 2013/14 Leadership Institute promoting women’s and girls’ rights and advocating for peaceful resolution of conflicts in North Kivu province of the Democratic Republic of Congo. She is the founder of Women for Democracy and Fight against Violence (WDFV), is very passionate about serving and defending the rights of the most vulnerable. Martine holds an Advanced Degree in Law, specializing in Private and Judicial law from Université Ouverte/CIDP-Nord –Kivu completed in 2007 Martine intends to join political leadership to apply her innovative ideas for the common good of the people of the DRC. She is also passionate about a number of things including love, nature, music, drama, dance.

“I am passionate about feminist leadership and often I think for me it was inborn because even in our family, there is no decision that can be taken without my say. This applies to my work as well as in all the associations and groups where I belong, I am always chosen as a leader. I believed that the institute would help me to gain sufficient knowledge and the necessary tools on leadership.”

Martine chose to take part in the institute in order to enhance her leadership and peace building skills but also understand the experiences of other women leaders. The institute lived up to her expectations and she readily lists some of the key lessons that are maki a difference in her work.

“I clearly understood, what it means to be a leader, how one becomes a leaders and ways to overcome our challenges as women leaders. The facilitators positively impacted my time with the institute.We always had to give feedback about what we had learnt during the training and mine was always positive feedback. It was quite a good interaction because it strengthened both the young women and senior members of civil society organizations in the training.“

Following the training, Martine was able to work out different strategies in order to succeed even in small things that she often neglected but were very important for the community. She raised awareness among women who were not formally educated, to get them involved in public life at the grassroots level. Martine replicated her institute experience and focused on strengthening the women’s leadership skills for the benefit of the community.

Despite her passion and drive, Martine talks about the challenges demoralizing women peace builders. She mentions stigma, the lack of meaningful progress in the fight to promote women’s rights, and some men who are opposed to the common cause of women’s empowerment.

“In order to overcome these challenges, we have been organizing meetings among women themselves as well as those with men in order to discuss and share knowledge on themes about women’s rights advancement. It has helped a lot in bringing cohesion and harmony as well as leading to some men to be part of the women’s cause.”

Martine has several plans and dreams for African women, for instance, giving them the opportunity to design projects and receive support to meet the needs of vulnerable people. She hopes to use all she has learned from various trainings to contribute to enriching women’s work.

“I have attended several training sessions at the national level in Kinshasa, at the provincial level in Nord Kivu and South Kivu as well as on the international level in Burundi, Rwanda, Thailand and Uganda. The trainings focused on advocacy, electoral processes, gender-based violence, UNSCR 1325, civic education, gender and elections, restorative justice, gender and protection, leadership and gender mainstreaming in projects.“

Martine advises, “In order to be able to participate in the decision making processes, join non-violent movements, women groups or political parties. Engage in entrepreneurship so as to economically empower yourself as a young leaders. Consider attending the Leadership Institute.”

In closing, Martine highlights the importance of solidarity among women as critical to promoting gender equality in professional life and in day to day activities. 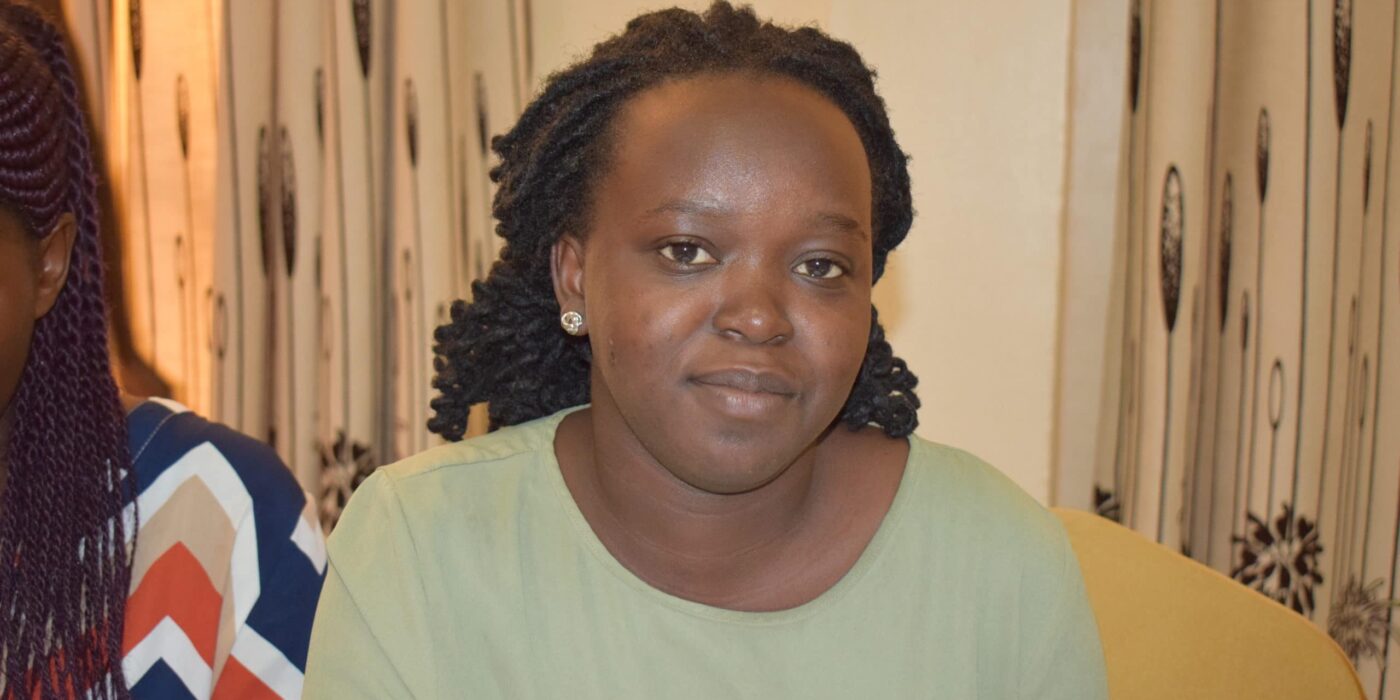 Pikyiko Eunice Jacob is one of the young women who have gone through the Peace Centre’s leadership training. She is a South Sudanese young woman leader currently working with Crown The Woman- South Sudan as a project officer. Crown the woman- South Sudan is a women-founded and women-led nonprofit. It is a non-governmental, non-political, humanitarian and national grassroots organization that aims at empowering girls and women to ensure they harness their potential and contribute to nation building economically, socially and politically.

Eunice describes herself as a hard worker and a good listener who is trying to do her work to the best of her abilities.

“I love to learn new things, because the world keeps changing and I’m inquisitive by nature, I tend to ask questions so I can learn.” she says.

Eunice’s first interaction with the centre was when she attended a workshop/ mentorship session in November of 2019 in South Sudan. She shared her passion for working on women issues and trying to find ways to empower them. “The Peace Center made me realize that this was an achievable goal and my capacity was built during the mentor-ship session.”

Her realization was further built on when a group of young South Sudanese women were chosen as representatives visiting Uganda to learn and share experiences with The Peace Centre. Here Eunice was taken through practical ways in which she could become a better leader and was also able to draw up a vision board for her next 5 years. “I relate to The Peace Centre because they are empowering young women, helping them realize their passions and figure out how to achieve them. “

Eunice remarks that her journey with Women International Peace Center has been the best journey so far of her life so far. It’s not only been engaging but has also been very empowering. It helped her build her capacity, especially as a public speaker. Although she admits that she’s not exactly where she is and she is always working towards the one hundred per cent stance. She’s sure that with the continuous support of The Peace Centre she will be able to convey information with the confidence she previously lacked.

“Before working with The Peace Centre I was just a young woman that had a lot of dreams and aspirations but didn’t know how to put my point across. My dreams were big with no way of execution, However, with the centre’s help I was able to identify the different ways I can make a change in my community, how to present myself and it has broadened my thinking capacity, and how to adapt in my community.”

Her experience at the peace centre helped her realize that “you don’t have to wait to graduate to become a leader or have a leadership role”, “being a leader is not about your age, experience or qualifications. It is a calling.

When asked about her stance on feminism she replies, “I was not a strong feminist before but with the various conversations and books I have read about feminism, I have realized that we women should fight for our rights in the community be it small or big, to have equal opportunities. I have also learnt that I can’t effectively do my work if I’m not looking after myself or exercising wellness. 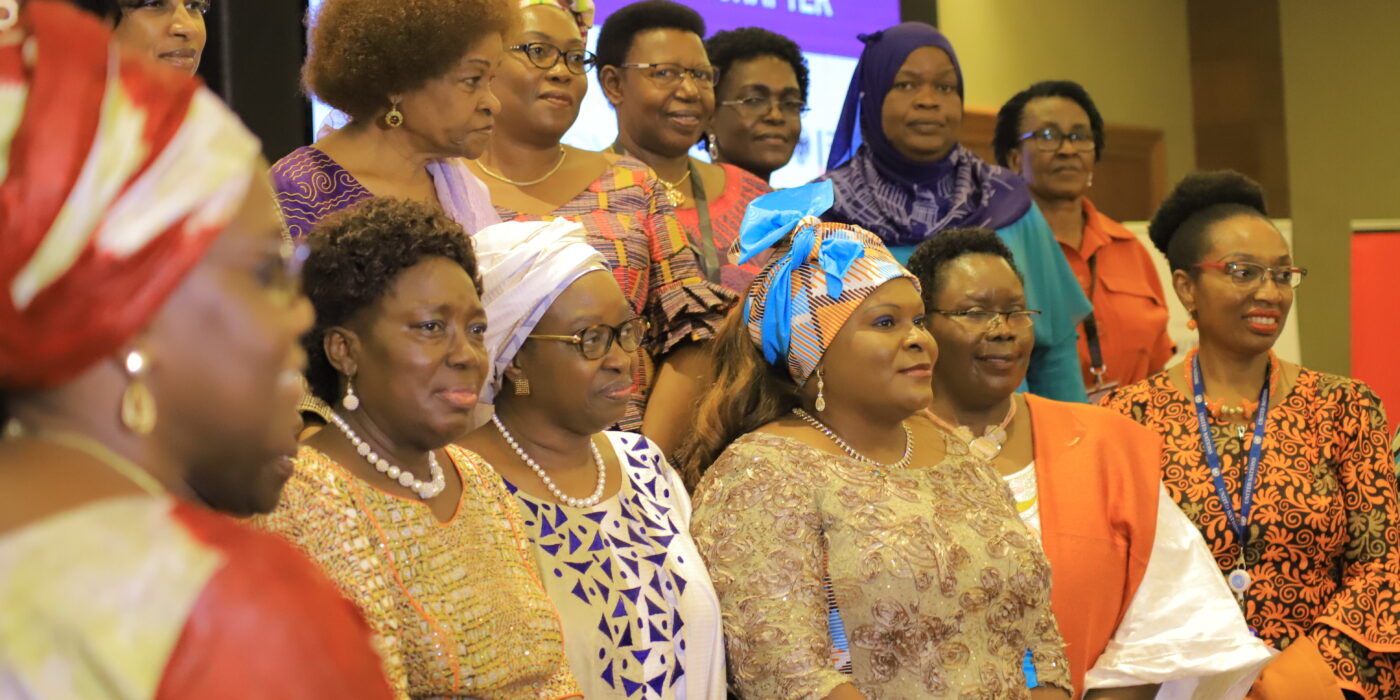 The Peace Centre was part of the African Women Leaders Network Ugandan Chapter (AWLN) launch, This event took place on 28th February 2020 at Sheraton Hotel, Kampala under the theme “Widening our Space in Leadership“. The launch brought together over 400 women leaders across the spectrum from government, private sector, academia, civil society and rural areas.

The African Women Leaders Network is a ground breaking movement of African women leaders that seek to enhance the leadership of African women in the transformation of the continent in line with Africa Agenda 2063 and the Global Sustainable Development agenda 2030.

The network will serve as a continental platform to galvanize women’s leadership towards lasting peace and development in all sectors and at all levels, building on and working with existing women networks. It seeks to increase women’s participation in decision making through peer learning and mentoring, enhanced solidarity, advocacy and capacity building among other strategies.

The Ugandan Chapter was launched by Honorable Rebecca Alitwala Kadaga the Speaker of the Parliament of Uganda who noted her belief that AWLN will help to mobilize women across all sectors to strengthen the reins that women hold for the transformation of our continent. The launch was also supported by various government institutions and women leaders like Ministry of Gender, labour and social development, Dr. Elizabeth Mary Okello Founder and Chair of Kenya Women Finance Trust, Ms Janet Bugembe; Associate Prof Josephine Ahikire of Makerere University and many others.

The event was also a space for various conversations which included panel discussions. One which was moderated by our very own Executive Director, Helen Kezie-Nwoha. The discussion was on women’s leadership; perspective, challenges and way forward in regards to the civil society sector, academia/research, including young women leaders perspectives. The discussion highlighted the need for transformation to be by choice and not by chance and encouraging women to use their sphere of influence to help someone become the best version of themselves. “It could be a small drop in the ocean but it’s the drop that makes the ocean full.”

The Executive Director Uganda Women’s Network, Ms. Rita Hope Aciro, addressed the challenges faced by women including social structure with 80% of people thinking men make better leaders and the negative portrayal of women in the media. Women, children and people with disabilities are still facing discrimination she said. Ms. Aciro reiterated that the platform is a collective action towards addressing the barriers that have affected women in leadership since time immemorial.


“Women around the world have been affected by leadership, economically, politically and socially. This is the reason why we are calling for collective action as opposed to individualism. Together we look up to planet 50/50 as women of Africa,” Rita Hope Aciro.

“Mentorship is a day to day effort and something we are committed to doing; stop nagging, support women and girls in rural areas. We need to hold ourselves accountable and continue engaging to bring about positive change,” Rita added as she concluded her remarks.

The UN Women Deputy Country Representative to Uganda, Ms. Adekemi Ndieli also underscored the significance of the platform, to bring together women from all walks of life who are passionate about leadership.  “We are all aware of the challenges facing women in Uganda and globally. As we embark on this great journey, we must pledge that no one will be left behind. This is the time to arise to action and we can only do it together.” With support from the office of the African Union Special Envoy on Women, Peace and Security and the Federal Government of Germany, Adekemi pledged continued support of UN Women in empowering AWLN.